You are in: RQR & partners » The Professionals » Prof. Andrea Poddighe

He obtained his degrees in “Economics and Business” and in “Law” from the University of Pisa with full marks, honours and the ‘lode’. In 2004, he earned a PhD in Procedural Tax Law at the same University.

He was post-doc researcher at the Rimini division of the University of Bologna’s Economics Faculty.

Since June 2006, he is Lecturer in Tax Law at the Department of Economic and Business Sciences at the University of Cagliari.

Since academic year 2009/2010, he is Senior Lecturer – Adjunct Professor at the University of Cagliari.

He holds the national scientific qualification for Associate Professor of Tax Law.

He has held many seminars at scientific conferences and has been involved in national and regional research projects. 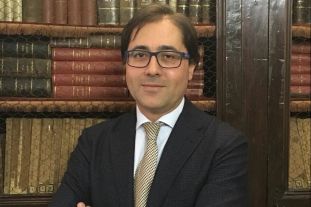